The 35 Historic Neighborhoods of Phoenix

The 35 Historic Neighborhoods of Phoenix

Home of the internationally known Heard Museum, the Alvarado neighborhood's 30 homed typically feature Period Revival architectural styles including Spanish and American Colonial, Elizabethan/Tudor, and Georgian. This historically rich and tree-laden neighborhood was originally referred to as Los Olivos. Olive trees as well as palms are focal points on the narrow streets.

Ashland Place's architecture is dominated by Bungalow and Period Revival styles. It was developed in the 1920s when visionary leader Dwight B. Heard's "Los Olivos" subdivision was resubdivided to correspond with the busy time's demand for smaller lots. Originally offered at $25 per month, these homes were primarily constructed between 1923 and 1927.

In the 1920s as the city was creating residential subdivisions, Brentwood developers were building scaled down versions of styles seen in wealthier neighborhoods. Federal aid programs during and after World War II enabled many families to purchase lots and build small cozy homes in the neighborhood.

The opening of a new campus for Phoenix College in 1939, just outside the city limits, created a demand for nearby housing. Bordering on the eastern and northern sides of the campus, the homes in this district represent a heterogeneous collection of mid 20th century domestic architectural styles.

Cheery Lynn was a prototype neighborhood of its time. Predominantly built in English-influenced architecture, the initial success of the neighborhood relied on the packaging of neighborhood amenities, financing, and architectural design. Later designs were modest versions of the French Provincial Ranch Style.

One of the first subdivisions in the Coronado neighborhood, "Ranchitos Bonitos," (translated in English as "Pretty Little Ranches") describes the charm of this architecturally diverse neighborhood built from the early 1900s to the 1930s. Because of its relative proximity to Central Avenue, Coronado was not one of the "streetcar neighborhoods," but provided modest working-class homes for Phoenicians.

In 1927 E. A. Earll subdivided agricultural land to meet the housing needs of the expanding population. His advertising strategy promoted the charming cottage exterior, custom wood interior detailing and included "modern" conveniences such as electric light switches and kitchen appliances.

Origins of this neighborhood go back to 1893, as farmland north of the original Phoenix town site. Large lots sold from $450-500. The first line built by the Phoenix Railway Co. in 1900 used property owner subsidies to run streetcars from Downtown up 1st Street, over to 3rd Street and north to the Phoenix Indian School.

This neighborhood was developed between 1945 and 1955. Responding to the need for more homes after WWII, 52 different builders created the 84 homes that border on the northern and northeastern corner of Encanto Park Golf Course. While they are predominately large ranch style architecture, they present diverse designs and materials.

Significant in its architectural diversity and picturesque homes and landscapes, Encanto-Palmcroft showcases some of Phoenix's first fine homes built in traditional styles while featuring true southwest influences. Its winding streets and proximity of the homes to the park represents an approach to suburban planning that had its roots in 18th Century England.

This neighborhood illustrated the influence of the Federal Housing Administration (FHA) on subdivision design and development. The large predominately brick homes in this district are an important expression of residential growth patterns in post war Phoenix between 1945 and 1959.

F.W. Mathieson's original plan to develop a neighborhood in an "Americanized Dutch" style was never realized, showcasing rather a prominent concentration of Ranch style homes. Fairview also is a wonderful neighborhood to view Southwest, Tudor, and Spanish Colonial Revival- all in close proximity to Encanto Park and the State Fairgrounds.

Francis Quarles Story, original owner of the subdivision's land, and credited with creating the Sunkist Orange campaign, also showed his vision in helping to create a neighborhood that has historically prided itself in its diversity. Considered a typical middle-class neighborhood in its historic period, F Q. Story showcases the changing architectural trends of the 1920s and 1930s.

Developed from 1883 to 1942, the neighborhood was one of the first additions to the original Phoenix town site. Development was related to the establishment of a streetcar line through the area. Architectural styles include modest bungalows and Period Revival homes, with turn of the century structures and a concentration of Pyramid Cottages.

Idylwilde's 70-year-old concept has withstood the test of time. Simple in its perfection: incorporate a three-acre park in the layout of the subdivision and grant residents not only park usage but also park ownership. Because Idylwilde homes' backyards border the park, the park is shielded from outsiders. The neighborhood features a variety of Period Revival style homes.

This small district with houses dating from 1927, is clearly defined by its diverse architectural styles which include Period Revival and Early Transitional Ranch homes. Mature landscaping adds a secluded ambiance.

The subdivision was established in 1906 Dwight B. Heard, and was promoted as one of the most prestigious residential locations in Phoenix. During the first two decades of the 20th century, elegant homes were built. The streetscape on Monte Vista Road is significant for its mature landscaping and namesake olive trees.

The original owner, Mary Kent, named  the property in 1924 and auctioned off subdivided lots to various builders. However, only four homes had been built by 1936. The effects of the FHA were apparent when ten houses were built during 1942, eight of which were in the Transitional Ranch style.

In 1926, the area which is now Medlock Place was dominated by fruit orchards, fields, and a few farmhouses. Its rural character is evidenced by spacious lots with a full spectrum of architectural styles.

This neighborhood contains one of the greatest concentrations of intact Transitional/Early Ranch Style architecture in the Phoenix metropolitan area. The circular layout of the 1939 subdivision was a significant departure from the grids of the original town-site.

Significant in its ability to remain intact as downtown Phoenix grew around it, Oakland neighborhood's working class roots are showcased in Bungalow and Spanish Colonial Revival houses. Oakland neighborhood residents' strong ties with the Southern Pacific Railroad and other industrial concerns were important to the Valley's economic growth.

The Homesteads was one of several subsistence farming housing projects built during the Depression under a Farm Security Administration program. All of these projects used indigenous materials, and the Homesteads neighborhood, one of the few remaining of these projects left standing, is the only adobe neighborhood in Phoenix. The homes were designed in a Pueblo Revival style and built by WPA Workers.

The neighborhood demonstrates the influence of the Federal Housing Administration (FHA) on development in Phoenix after 1934. The homes constructed before WWII show a diversity of styles and materials. A range of properties includes single family, small duplexes, triplexes, and fourplexes.

The first Phoenix neighborhood to be designated an historic district, Roosevelt showcases a variety of architecturally and historically significant commercial and residential styles and structures. A typical "streetcar" neighborhood, its narrow and deep lots often showcase both California and Craftsman bungalows.

The land in this area was farmed by the Hohokam Indians. Subsequent development, starting in 1924, appealed to "gentlemen farmers." The distinctive lot sizes make the subdivision unique among others of its time period.

Frank Wallace was the chief architect of this neighborhood and designed more than 80% of the homes. His concept was an English Cottage style neighborhood, with each of the homes having individual touches. The area was developed from 1928 through 1940. There are 105 cozy homes, each about 900 square feet.

Showcasing a wide variety of home styles including Tudor, Spanish Revival, Bungalow and Ranch, Willo is one of the largest historic neighborhoods, with a majority of construction having taken place during the 1920s & 1930s. Significant architectural changes in Willo can be marked in the neighborhood starting with the earliest development near McDowell, and progressing north toward Thomas.

In Windsor Square, as with several newer historic districts, America's entrance and exit from World Wars set the pace of development, and the subsequent style and size of homes produced. Transitional Ranch style homes with many influences are showcased throughout this area on its unique curvilinear streets-cape.

Influenced by the Beaux Arts concept of city planning, Woodland's hallmark park was one of Phoenix's earliest. Woodland was the first development to occur outside the original Phoenix town-site, and features an important range of historic construction methods, materials and workmanship in its typical Bungalows.

This neighborhood showcases the Transitional Early Ranch style. There are more than 175 homes, including some in the Tudor Style. Development in this area occurred between 1929 and 1945, with the majority of the construction after 1940.

Originally farmed by the Yaple family, this land was later developed by Floyd Medlock. Here, he built 103 homes between 1929 and 1938, most of which are Transitional Early Ranch Style. 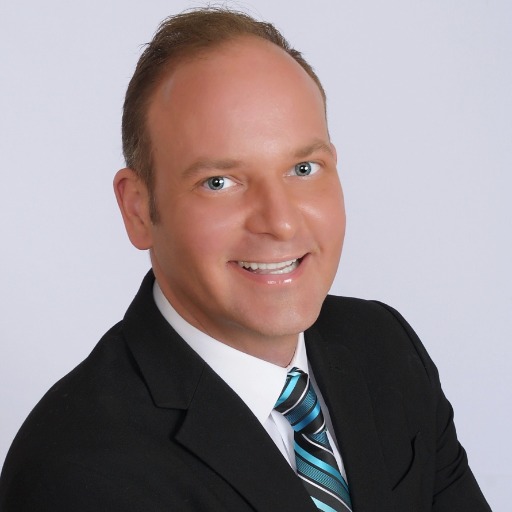 John Lick--brings his vast experience in contracts and negotiations to the Maurice & Lick team. Prior to becoming a full-time Realtor, he worked for a multi-billion dollar government agency and with ....

Setting the Price The listing price for property is critical to the sale.  Pricing must be competitive to catch a prospect's attention and will be more accurate with our input because we

Prior to Listing The first impression is the most important one.  Make your home squeaky clean!  It is better that buyers think of fitting the table in the kitchen than how much "

One of the most common refrains that has come out of the very hot 2021 real estate market is the message that this is a perfect time to sell a home. Record low interest rates combined with a low

By registering, you agree to our terms of use and that real estate professionals and lenders may call/text you about your inquiry, which may involve use of automated means and prerecorded/artificial voices. You don't need to consent as a condition of buying any property, goods or services. Messages/data rates may apply.